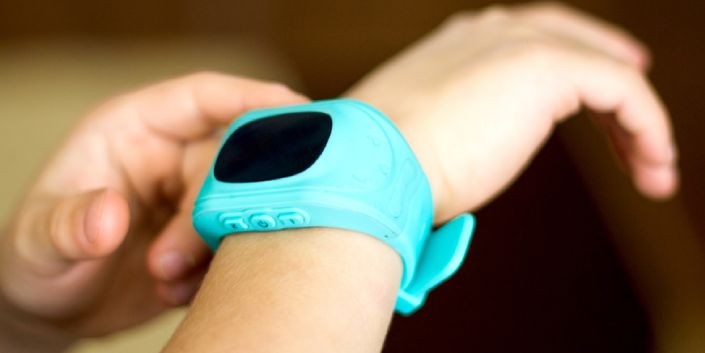 A young kid will like the idea of wearing a watch just for the mere fact that it might make him feel one step closer to being a grown up. He may see his mother and father wear one all day long and–even though the child can not read it–he understands that there is an importance associated with the movement of the tiny lines as they move around the circle. Of course, he will eventually be given a watch of his very own and be taught how to read it.

The trick to purchasing a great kids’ watch is to make sure that the child will enjoy wearing it. This is sometimes a difficult situation, especially if the watch purchased is “too childish” or “too hard to read.” However, a kid will enjoy wearing a decorative watch if it features images of his or her favorite animal, science subject, or interests. He is then more likely to actively wear and look at it throughout the day.

Most watch manufacturers will divide their children’s collections into girls’ and boys’ watches. Girls’ watches will typically have gender-specific colors like pinks, pale blues and pastel yellows while boys’ watches will be decorated in harsher blues, reds, yellows and greens. Images like butterflies, flowers, bears, and ladybugs are popular among girls, while boys prefer tougher images like tigers, trains, airplanes, dinosaurs and space vehicles.

At What Age Should a Kid be Given a Watch?

The best time to give a watch is during the age when the child is more likely to become interested in the concept of time, and is old enough to actually grasp it. Beginning kids’ watches can be given to children between the ages of three and eight. These feature watch faces with large dials, enhanced hour numbers and detailed minute markings with the zero, 15, 30, and 45-minute stops clearly defined. The hour hand is usually colored the same as the hour numbers, while the minute hand and markings are in a separate contrasting color.

These kids’ watches make it easier for their wearers to see the unique movement of each hand and how they relate to the numbers behind them. Most educational watches are packaged with instructional booklets to guide the child through the parts of the watch as well as inform parents on how to encourage children to keep time in everyday life. Many of them also come with activity books filled with time-related worksheets, fill-in-the-blank questions, word puzzles and projects.

Children aged eight and above have usually achieved the knowledge and skills necessary to read any analog clock without depending on large numbers and dials. By this time, they are also able to handle digital watches and learn how to manually control chronograph functions like timers and stopwatches. If given a time teaching watch, a ten year old is likely to scoff and become disinterested in it after too long.

For the most part, a children’s watch is not necessarily a dangerous thing, unless it is damaged or broken in any way. Parents should look out for cracked faces that may be sharp enough to cut skin, or plastic straps that can become chewed on and swallowed. Also, all loose batteries should be destroyed or recycled and should never be placed in reach of children. Children under the age of three should never be given watches that are small enough to be placed in the mouth; instead, introduce them to the watch image through large plastic toy clocks or stuffed representations.

Of course, there is also a financial danger in the prospect of giving a young child an item filled with expensive mechanics. It is better to purchase a watch that is priced between $10 and $25 rather than to give her a truly expensive one, only to have it damaged within a month of wear. However, kids’ watches that are extremely low in price are often extremely low in quality, so find a balance between quality and price that is safe for both the child and the pocketbook.

Can You Imagine How Your Baby Will Look