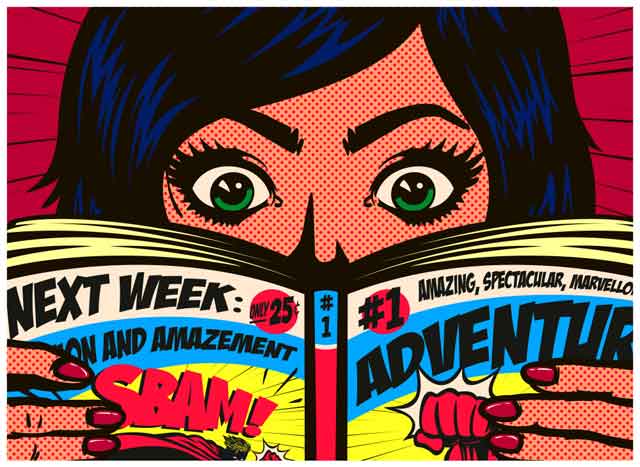 Set in rural Ontario, Canada, Essex County is a fictional account of the authors life and experiences growing up in his hometown. The Saga spans multiple generations and shows different stages of the characters lives as it delves into the familial relationships of the small farming town. The graphic novel has garnered a great deal of recognition within the literary community after being nominated for two Eisner Awards and winning both the Doug Wright Award and Joe Shuster Award honoring Canadian cartoonists, see details.

The collected version of Essex County includes five separate stories that are all connected through the relationships that the different characters share with one another. The stories include Tales From The Farm, Ghost Stories, The Country Nurse, The Essex County Boxing Club, and Eddie Elephant-Ears.

Tales From The Farm is told from the point-of-view of a young boy named Lester who recently lost his mother to cancer and, has since, moved in with his uncle who is a farmer in Essex County. Lester, much to the dismay of his uncle, seems to have a very active imagination that compels him to constantly dress like a superhero and fantasize about saving the world from a secret alien invasion. Though his relationship with his uncle is distant at best, Lester becomes friends with one-time Toronto Maple Leaf Jimmy Lebeuf who now operates a gas station after a crushing body-check ended his hockey career.

Ghost Stories is about two brothers, Lou and Vincent, who have a terrible falling-out after being very close for their entire lives. Lou and Vincent Lebeuf, who are Jimmy’s uncle and grandfather respectively, both loved hockey from an early age and would eventually grow up to be quite skilled athletes, playing for a semi-professional team in Toronto. However, despite being more skilled than his older brother, Vincent never shares Lou’s dream of one day playing in the NHL and, is instead more anxious to go home to Essex County so he can take over the farm and start a family with his girlfriend, Beth. Even though Lou loves his brother very much, one night he secretly has an affair with Beth and the resulting guilt he harbors thereafter causes him to break all communications with Vincent and his family for decades.

The Country Nurse follows the life of Anne who was first introduced in Ghost Stories as the new caretaker of an aging Lou Lebeuf. The story does a great job of tying together the events of the first two books as Anne goes about her daily routine and visits the residents of Essex Country to provide them with both physical and spiritual healing.

The Essex County Boxing Club is a short story that was not included in the original Essex County county trilogy. It tells the legend of two friends, Patty and Ted, who create a small boxing league that captures the hearts and imaginations of the entire town. But, when Ted is accidentally killed while working on his farm, Patty exiles himself from Essex County until a startling revelation motivates him to return to the town and breathe new life into the since disbanded boxing club.

Eddie Elephant-Ears is the second bonus story and is about a young man who, after spending more than half his life in coma, wakes up to discover that he only has four memories of his entire life.

While Jeff Lemire chose to make every panel in Essex County black and white he certainly did not spare a single brush stroke as his characters and landscapes are presented in rich detail that give them surprisingly life-like qualities despite having very cartoon-like features. In an interview with Comic Book Resources, Lemire explains that he tried to focus on all the things he loved about Essex County, such as, old and rusted farm equipment, tattered wooden barns, and vast open fields, to create a timeless visual representation of the setting.

The stories Lemire presents in Essex County are soaked with sentiment. At first they seem like mere unconnected events but, as they progress, they gather weight and depth until their place in the grand tapestry is finally revealed. His characters are masterfully written as well. Despite their shortcomings, many of them will still garner a great deal of sympathy from readers thanks to Lemire’s talent for revealing not only their outer weaknesses, but also their inner strengths. Throughout the book we see many of them face devastating losses but still they weather their lives with resolution and quiet despair amidst external forces that are unforeseen and out of their control.

In the end, Essex County is a heartfelt and beautifully put together piece of graphic literature that should secure Jeff Lemire’s place among the best young cartoonists of our time.

How to Get Out of Elo Hell Overwatch