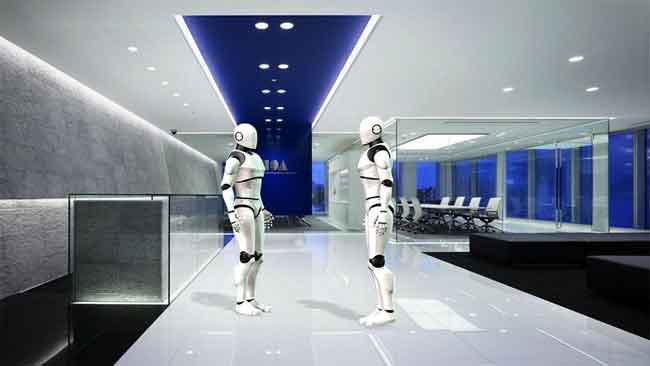 MIT Technology Review discusses a new general purpose robot called Baxter, built by an Australian company called Rethink Robotics, that may spark a revival of manufacturing in the United States.

The rub is that Baxter will not spark a revival of manufacturing jobs in the United States, except indirectly. Baxter’s main purpose will be to do menial jobs that have yet to be automated in American manufacturing, including packing finished products for shipping. Eventually Baxter will take over more complex tasks such as fitting parts together on an assembly line, read more from here.

Baxter comes with two arms, a vision system, and a sonar that detects the presence of human beings. It is hoped that very soon a version of the robot can be created that can working more efficiently and more cheaply that a worker in China or India. If the labor cost advantage that the Third World can be overcome with robots like Baxter, then the idea is that manufacturing, even of the small scale variety, will return in force to the United States.

American companies are finding that they can save a great deal of money by making things in the United States. Companies save time and money that would be spent shipping products across the Pacific. The natural gas fracking boom means that energy costs have become far less in the United States than they are overseas.

With the introduction of Baxter and his brethren, the prospect of “insourcing” which is the obvious opposite of “outsourcing” becomes a reality. The problem is that there won’t be too many human beings working at these new manufacturing plants. Factories that decades ago would employ thousands would now have a staff of only a handful, monitors and occasional repairmen. Even the trucks that take the products to distribution centers could be automated, thanks to Google inspired self driving technology.

Why Won’t my Smart watch Connect to my Phone

How do Smartwatch Steps Count?

The Information about Hotmart