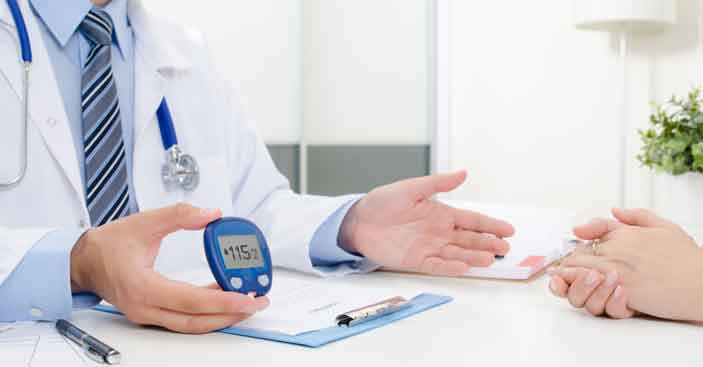 Doctors are moving towards using a different test to diagnose diabetes. Previously, diabetes has been diagnosed by performing an oral glucose tolerance test. This rather drawn-out test involves checking a baseline fasting blood sugar level and then drinking a sugar solution that contains a standard amount of glucose. After two hours, another blood sugar is drawn. If the two hour blood sugar level is over 200 mg/dl, the diagnosis of diabetes is suspected, but can only be made if a second test gives the same results. In some cases, a diagnosis of diabetes can be made based on several fasting blood sugar levels that are above a certain level.

Unfortunately, the oral glucose tolerance test is time consuming and it requires a person to fast for 12 hours, which most people don’t enjoy. The results can also be affected by factors such as recent illness and exercise. For this reason, experts are now recommending that doctors use hemoglobin A1C levels to diagnose diabetes in most patients.

What is Hemoglobin A1C?

Hemoglobin A1C is glycosylated hemoglobin, a compound which is formed when glucose bonds with hemoglobin. Levels of glycosylated hemoglobin can be measured by doing a simple blood test. This test is currently used by doctors to monitor how well a diabetic’s blood sugar levels have been controlled over the prior three month period, but more doctors will be using it in the future to diagnose diabetes because it’s simple and accurate. It also is a better reflection of overall blood sugar status because it gives an idea of blood sugar control over a longer time period.

The Shortcomings of Using Hgb A1C to Diagnose Diabetes

Although a Hgb A1C level is a good test to diagnose diabetes, it may be inaccurate in people who are pregnant and those who have kidney disease, liver disease, anemia, and who take certain medications. In these cases, doctors may use the oral glucose tolerance test to make the diagnosis instead. To diagnose diabetes, the hemoglobin A1C level must be 6.5 percent or higher. A level of 6.5 percent is a level at which complications from diabetes start to develop, get more info.

How do You Relax Forehead Wrinkles?

WHAT DOES A PEDIATRIC DENTIST DO?