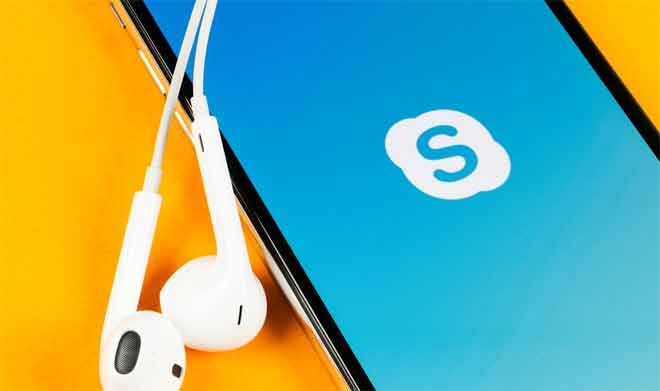 Skype is one of the best video calling application which is very popular, it is an internet service which lets you send messages, video, calls, audio, images but most importantly is known for video calling of remarkable quality. Skype was released back in 2003 and has been very popular since then amongst its users. Skype allows its users to communicate with other users worldwide over the internet using voice and video using webcam and microphone. Using Skype is free to make calls from Skype-to-Skype. Skype has over 5 million users worldwide and Skype is used in various fields for various purposes.

Using Skype has various numerous advantages for its users, some of which are:

• Calling Quality: Skype is considered a very reliable service as it provides very high-quality video calling, without any interruptions. Skype allows its users to make calls in low bandwidth with great video and voice quality, making it usable in regions where the internet is not as fast as compared to metropolitan areas where bandwidth speeds are quite high.

• Cost-Effective: Skype is free to download on any of the devices such as mobile phones and on computers. Skype allows its users to make free Skype-to-Skype calls also it doesn’t require any additional equipment apart from webcam and microphone which is inbuilt in the systems and other devices these days. Other various services charge costs for voice and video calls but Skype allows you to make calls without any charges over normal local data carrier charges.

• Flexibility: Skype has the flexibility to be accessible over numerous devices, skype can be accessed on about any device which has an internet connection and has a screen, a microphone, and a camera. Skype can be accessed on the web also it has its dedicated applications and software which are available for all the devices such as on windows desktop, Mac OS, Linux, Mobile platforms such as Android, iOS, Windows phone and many other devices with different operating systems. One can make conference video and voice calls with Skype, text messages and files can be sent to multiple people by creating a group and by collaborating to share files and texts.

• Additional Features and Tools: Skype has numerous advanced features for the purposes of sharing files and also tools for business and other purposes. Many things such as forwarding messages and files, forwarding voice mails, organizing public sessions for the purposes of interacting with the customers in a business. Many other business tools are used by the users involved in businesses, people in big organizations rely on Skype in order to present various business presentations in conference video calls in big organizations which have their branches around the world.

Usage Of Skype In Business

Skype has various advantages that can be utilized in business. People in business can perform numerous operations using Skype such as staying connected to their customers and clients, various cost effective long distance calls can be made using Skype. Business officials can keep a track on their expenditures using the Skype manager which is a tool in Skype for businesses, Skype Manager can be set up for a particular staff for tracking the expenditures made by the staff in different projects,read here: http://www.oshiete-kun.net/archives/2008/01/3dreal_desktop.html.

Skype is a very useful internet telecommunication services, various organizations and people heavily depend on it. Skype not only connects people but also provide different other tools and services. With its distinctive voice and video quality, people love using Skype as there are no interruptions and problems while making calls from Skype. On windows it allows you to connect through your Microsoft account.

The Introduction To The Smartwatch

The Best Travel Laptop for Every Traveler: Inexpensive, Lightweight, or Rugged Laptops for Traveling