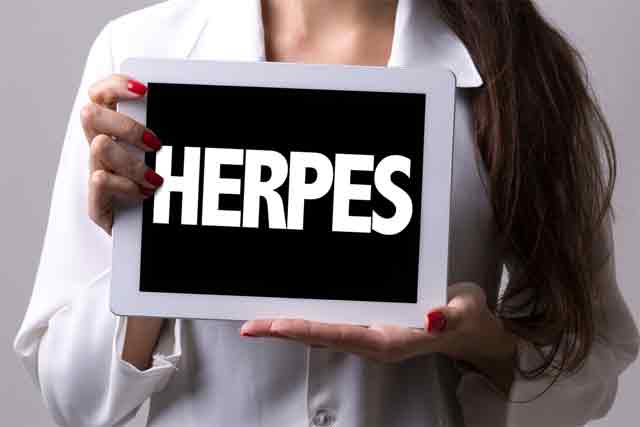 A vaginal microbiocide to provide protection against herpes has been an active research target for many years. Genital herpes, Herpes simplex virus-2 (HSV-2), causes its own serious symptoms, but it also increases susceptibility to other venereal diseases, such as HIV. Early research focused on vaccines and chemicals to inactivate viruses, and was only marginally successful. Efforts have recently shifted to the use of RNA interference technology and work in mice has provided very promising results, check here.

Herpes Enters by Adhering and Fusing with Vaginal Cells

Herpes is an enveloped virus, which means that its genetic material is surrounded by a protein capsule that is surrounded by a membrane. Viral proteins of the membrane stick to vaginal cell surface proteins (receptors). After the virus is stuck to the surface, the membranes of the virus and host fuse and the internal portions of the virus move into and infect the vaginal cell. One target of research to provide protection against herpes infection is to interfere with the initial binding of virus and host proteins.

Initial experiments with other viruses, including HIV, showed that eliminating the vaginal surface receptor proteins could stop virus infections. One approach was the use of siRNA (small interfering RNA) molecules that bind and inactivate the mRNA that is translated in host cells into surface receptor proteins. The difficulty is getting the appropriate siRNA safely into the vaginal cells to stop receptor production. Part of the recent progress involves chemical modification of the siRNAs to protect the ends of the molecules from enzymatic degradation so that the siRNA can be used as a vaginal microbiocide. Another part of the chemical modification of the siRNA was the attachment of cholesterol molecules to enhance the entry of the siRNA into the vaginal cells.

A research group at Harvard Medical School has successfully demonstrated (Cell Host Microbe. Jan 22, 2009) in a mouse model, that siRNAs directed against both a host receptor and an essential Herpes gene provides extended protection against vaginal exposure to herpes virus. The cholesterol-conjugated siRNAs were applied to the surface of mouse vaginal tissue and provided protection against subsequent exposure to the virus for at least one week. This approach avoided the disadvantages of earlier work using lipid carriers, which enhanced transmission of other viruses, induced inflammation and provided only short-lived protection. The recent work promises rapid development of effective, safe human microbiocides for protection against herpes and other viruses.

What Is A Safe Rate Of Weight Loss On A Long Term Basis For Most Overweight People?

What is Best Clip-On Fitness Tracker