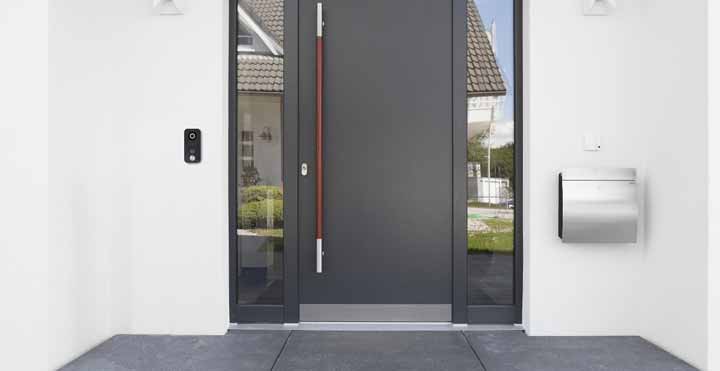 Comfort describes the state of well-being of a person, caused by the external influences of his environment. The perception of “comfort” is always only subjective; there is no uniform standard. The feeling of comfort is essentially determined by the cold and warmth receptors of the human body, whose warmth they control.

The receptors react to falling below or exceeding temperature threshold values. The location of these receptors is important for our consideration: cold receptors are arranged on the skin, while heat receptors are arranged in the area of the anterior brain stem. This results in a significant directional sensitivity z. B. against cold drafts and cold surface temperatures, while heat is generally perceived as unpleasant without the influence of physical orientation, more helpful hints.

Humans are particularly sensitive to drafts, among other things. caused by leaks in the thermal building envelope. “Draft” is the undesired local cooling of the human body caused by the movement of air. The increased air speed in the immediate vicinity has a significant influence on the temperature sensation and the heat balance of humans. Even low flow velocities in the range of 10 to 20 cm / s are perceived as uncomfortable by seated people. At air temperatures in the range of 18 to 24 ° C, the dissipation of body heat via the skin is reduced to such an extent that even higher air speeds of up to 50 cm / s are not criticized as uncomfortable [17].

In addition to the draft effects as a result of increased air speeds, thermal comfort is also negatively influenced by influences on air and room temperatures:

The cold air flowing in in the area of defective airtightness levels causes an uneven distribution of air and surface temperatures in the room: The cold outside air causes falling air currents, which lead to the cooling of component surfaces and the formation of so-called “cold air pools” on the floor of the room. Even at temperature differences of two Kelvin between the height of the feet and the head of a seated person, the person reacts with discomfort.

The differences between component surface temperature and room air temperature, which are also caused in this way, are perceived as uncomfortable from a difference of more than 4 Kelvin.

An airtight building envelope helps protect against additional pollution from pollutants in the outside air. In addition, an airtight layer arranged on the room side makes it difficult or impossible for “pollutants” to get into the usage area of a building from the structural layers behind it. This applies in particular to the radioactive noble gas radon, which occurs in different concentrations depending on the type and composition of the soil. The Federal Office for Radiation Protection therefore demands in [18] a tight design of the building areas in contact with the ground (e.g. basement rooms). “Cracks in the masonry or floor slab, leaky joints between building parts, insufficiently sealed cable or pipe penetrations and other ‘weak points’ in the building promote the penetration of radon into the house,” notes the FSO in its publication [18] on the subject.

How Much it Cost to Run a Handy Heater?